Home
Law And Politics
Taking Control of Your Own Destiny 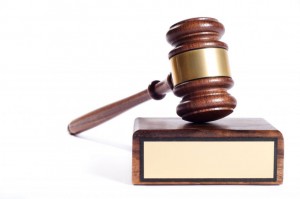 Mediation can be a welcome alternative to litigation for Houston couples who have contested issues in a family law case, but who do not want, for whatever reason, to end up in divorce court. Mediation is accomplished between the two parties with the aid of a trained mediator who objectively and impartially tries to facilitate a mutual agreement between the two. Often, mediation is a cheaper alternative, but that does not mean that the two parties do not each have their own lawyer. In fact, most experts suggest that nothing in mediation be fully and finally agreed upon until each party’s attorney has had a chance to look over the agreement.

One of the most compelling reasons for a couple to attempt to resolve their issues through mediation is the wellbeing of any children involved. No matter how well intentioned, no judge can know your children as well as you do. Nor can an outsider understand the ins and outs, talents and idiosyncrasies, and various personalities involved in your family. Many parents would rather work things out with each other, even if they do not get everything that they want, through mediation, rather than be bound by decisions that a divorce judge would make.

Another reason that many Houston couples opt for mediation is to have a sense of self-determination. Most of us do not do particularly well when we think that we have been forced to do something. Yet, if unresolved family law issues end up in court, that is exactly what can happen. The judge can order that something be carried out and then you have no choice. However, when both parties can agree on a course of action together, they have the satisfaction of being more in control of their own destinies. It is the difference between feeling as though you are an adult who has accomplished something or a child who has been forced to perform some chore.

Obviously, mediation is not for everyone. Sometimes dividing issues are simply too contested to come to any sort of agreement. In other instances, one of the partners does not have the emotional maturity or the reasonableness of spirit to enter into mediation. It could also happen that a couple attempts mediation, but some issues remain unresolved. It does not necessarily mean that mediation has failed, but simply that, at this point in time, a resolution could not be reached. At that point the case may need to go into litigation or the couple may want to wait for a period of time before attempting mediation again. If, however, you are interested in pursuing mediation in Houston as an alternative to litigation, discuss the option with your attorney, and then, take charge of your own destiny.

Mediation Houston – Cothrun & Lucido Family Law Firm offers full-service family law and mediation in Houston. Attorneys Sherri Cothrun and Rita Lucido have been devoted exclusively to the practice of family law since 1997 for Harris County residents, as well as residents of surrounding counties. Call 713.527.0511 or 713.228.2868 to schedule a consultation or visit http://www.cothrunlucido.com/index.html for more information.